I’ve said to myself that I want this blog to be about my travels and adventures around India and less about being pathetic and hurting over my ex-boyfriend (for purposes of making this easier to read, let’s call him Enrique).

But the pathetic and hurting is following me around, even in the midst of travel and a new job. It feels like I’m dragging the carcass of my failed relationship around behind me. Every time I stop, it’s there. I try to move on, but it’s heavy, slowing me down. I mentally walk in circles, dragging this thing behind me, creating a well-worn groove in my thoughts.

I Hate Him SO MUCH… No Wait I Love Him

The predictable thoughts. I want to hate Enrique, I really truly do. There are the flashes of anger, fireworks of resentment and hate. I blame him, his commitment-phobic behaviour (on a classic internet ‘42-signs-he’s-commitment-phobe-test’, he ticks 32 of the boxes). I hate that I love him so fiercely. Then I hate myself for being so weak and pathetic and mentally demand myself to sort it out. Then I forgive him for being an ass, because I truly cannot hate him. Then I forgive myself for being such a mess and try to coax my brain into forgetting him. Then I bargain with myself, if only he sorted out his issues, if only he realised how much he missed me… *dramatic swoon*

I’ve never experienced a true commitment-phobe before. I think the hardest thing for me to accept is that in my heart, I know that this could have worked if he’d let himself fall in love, if he actually acknowledged his issues. My grief is heavy and thick.

I accept I have been a terror in relationships. I love the person, I love the thrill of the chase, I love getting to know someone better. I love being loved. But in the past I haven’t understood what being In Love meant, largely because I had never been In Love. I thought I had been, maybe, like, you know, he was OK, stuff was good and I enjoyed spending time with him. Love songs never really made any sense because I’d never felt that way and I chalked it up to the artist exaggerating things to sell records to a bunch of Disney-Hollywood-warped idealists.

Then when I eventually realised I didn’t like the poor chap enough that I could envisage the rest of my life with him or when I found absolute deal-breakers, I would feel really bad for hurting them because they were lovely, and put off ending the relationship. Then being ‘stuck’ in the relationship and exhibiting various terrible behaviours (like cheating on my husband, or turning into a horrible person and being really mean, or simply withdrawing) until I finally got brave enough and ended it.

But Then I Got A Broken Heart & Everything Changed

But then there was Enrique. I fell In Love before I understood what was happening, before I could put up sufficient walls, before I could install a trampoline under my heart. I was In Love and I finally ‘got it’. I often ask people; what made them know they were in love? Two answers really resonated with me. A.M. said her husband was the first man she’d ever wanted children with. Ruth said that when bad things happened, or when good things happened, her man was always the person she wanted to tell first. Both A.M. and Ruth have relationships with their spouses that I really admire and I loved how their answers were so simple, and so honest and crystalline. For me? Those things, but also that I was well aware of his imperfections but he was worth it and I loved him despite them. Because of them.

Enrique was my Fuck Yes. But I was a lukewarm ‘maybe’ for him.

They say you can’t run away from a broken heart. They might be right. 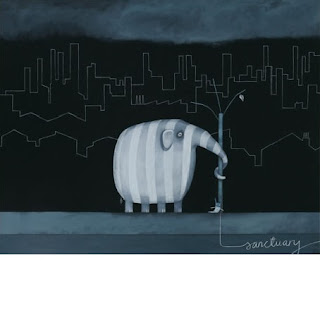 This site uses Akismet to reduce spam. Learn how your comment data is processed.

This site uses functional cookies and external scripts to improve your experience.

NOTE: These settings will only apply to the browser and device you are currently using.

We use cookies to give you a better web experience and because they are delicious. We assume you are OK with this if you continue browsing this site. To find out about our cookie policy, please visit our Disclosure and Privacy Policy page.